All Collections
Create & Edit Cards
Introduction to the Super Editor

Introduction to the Super Editor

Written by Connor
Updated over a week ago

The underlying text format used on Supernotes is Markdown, which has a number of clear benefits: 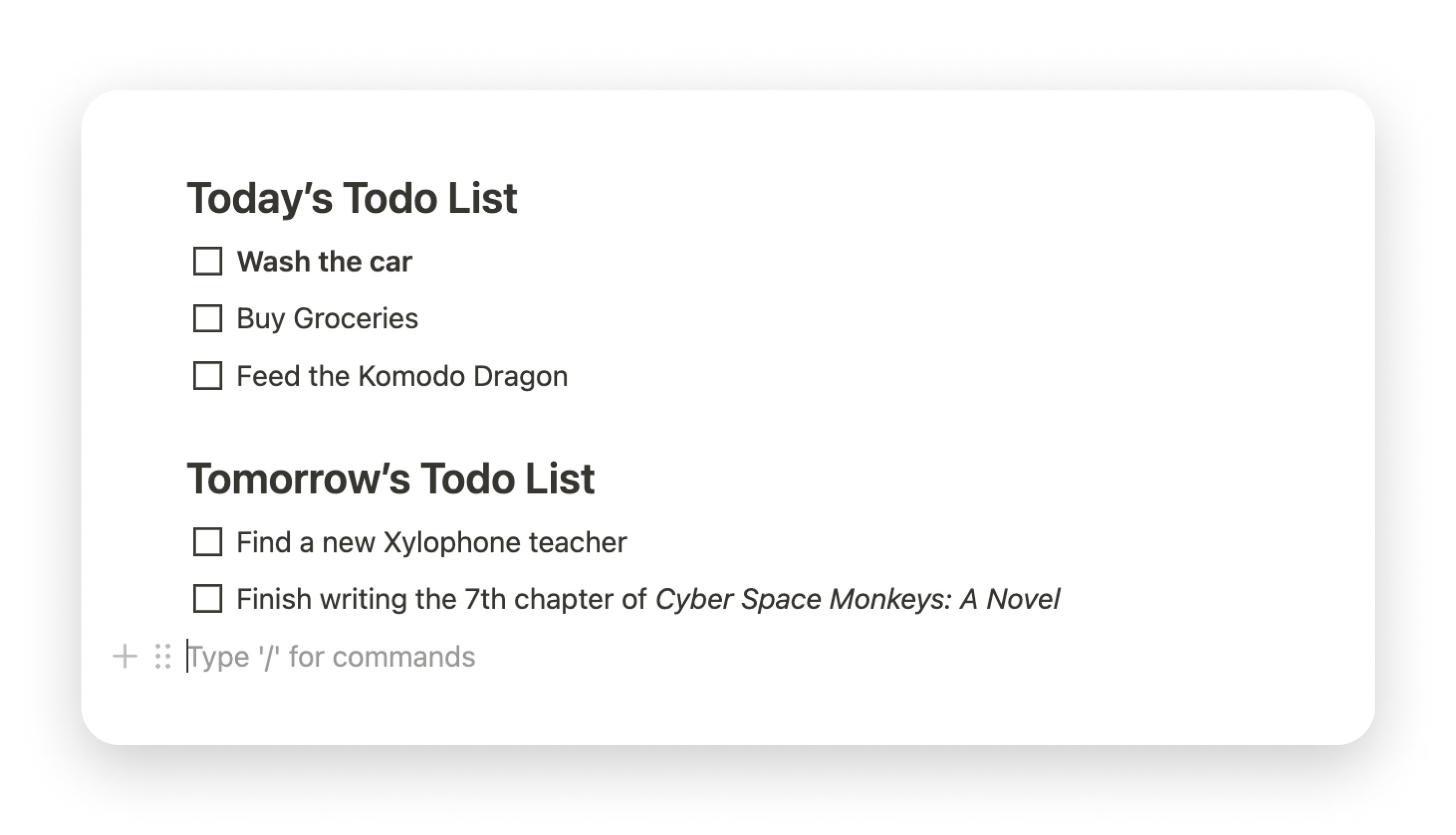 This is how the document looks all the time, whether you're editing it or just reading it. Many websites and tools have adopted this type of editor because it makes everything very predictable.

However on Supernotes we actually want to embrace the difference between editing and viewing your content, as they are two very different activities with different priorities. So we have built the Supernotes editor to be "WYSIWYM", which in essence just means that while we will format your content mostly as it will appear in display mode, we leave in all the markdown marks. This allows you to be very deliberate and conscientious about what you are putting and where while also giving you a pretty good idea of what the final result will look like. Here is that same content as above, but this time in the Supernotes Editor:

One of the main benefits for us of this paradigm is that it makes things very easy to change from one type of formatting to another. For example, if you want to make the first title in the above card ("Today's Todo List") a little bigger, you can very quickly just remove one of the hashtags to make it an H1 style rather than H2.

The rest of the articles in this section expand on this idea and explain how you can address your formatting and content-creation needs using Supernotes.

Did this answer your question?